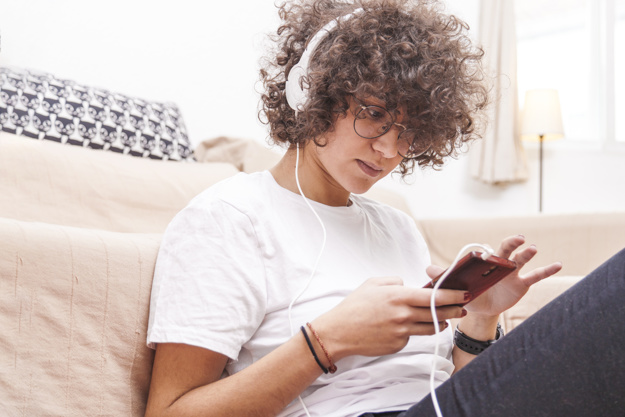 The Internet has enabled many options that until recently were impossible. Among the multiple app for audiovisual companies are those that allow you to watch TV on your mobile. It’s not just about watching movies or series on streaming on demand. It consists of being able to choose at any moment what you want to see. These are applications that allow you to watch the live broadcasts of the television channels.

Watching tevé on your mobile is not piracy

If the applications broadcast paid TV content, they certainly do not own the rights. What they try is to use these applications to capture information of the devices where they are installed.

The best app for radio-television companies

Official channels usually create their original compatible applications for Android and iPhone. The rest of unofficial applications depending on the entity of the developer will make them compatible with different systems. The best applications to watch television are:

It is the official application of a public television, so there is no need to register and it is completely free. You can send content with Chromecast. It can be seen from news, sports, documentaries and even the historical archive. Android version 4.1 is needed, it has no ads and can be downloaded from Google Play.

Official application of the Atresmedia group that brings together the channels La Sexta, Antena 3, Antena 3 series, Mega, Nova, Neox. You are also the radios of the group such as Europa FM and Onda Cero. With the application you can watch the live broadcast of the channels or watch programs that have already been broadcasted.

Unlike other applications you can not see all the episodes of a series or season. What there are are loose chapters and without a specific order. Very far in that sense from the great streaming applications like Netflix. It works from version 4.0.3 of Android, is free and can be downloaded from Google Play.

The application of the Spanish audiovisual group Mediaset. In this app you can see the contents of Cuatro, Telecinco, Boing, Divinity, Fiction Factory and BeMad. The group’s radio stations are not available. The possibilities offered are the live content of the various channels and some content already issued.

The application is free and can be downloaded on Google Play. It broadcasts a lot of ads and can not be sent through Chromecast. It works from version 4.2 of Android.

All those who have contracted the television package on Movistar TV can see it on their mobile devices. You only have to enter the company’s website and register to obtain an access code. With the application and the registration codes you have access to the same content as on television.

There is no content restriction regarding what was contracted on Movistar TV. They have the same series, movies and even the history of the activity as a user on television. Its price is free since it comes with the hiring of television. It can be downloaded from Google Play.

If you have contracted the television package with the Orange telephone operator, you can see it on mobile devices. Access to the same as on television. Live televisions, as well as on-demand contents are available in this application. It supports Chromecast to play on larger screens.

The app gives access to the Wuaki video store to view content or rent it. The download is free from Google Play for Android 4.0. It is necessary to have contracted some package with the company to be able to see content.

Other unofficial applications of Android and iPhone

Not only the official applications of the large audiovisual groups are available. There are also programs that group chains and that are not developed by large corporations.

This application allows you to watch the DTT channels in Spain live. You can see the main stations at the start, but you have to vote the application on Google Play to have access to all of them. It has a very simple interface to use, although many ads appear. Its download is free and can be installed from Android 2.2.

An excellent option to see many public channels from around the world. It does not contain paid channels, there is some advertising and a good streaming speed. The interface is not very good and you can not see the image in full screen. It is downloaded from Google Play and works from version 4.0.3 of Android.

A very good option for iPhone users since it has all the current DTT channels. The application has the guide with the programming information. It has the possibility of a reminder of the programs so as not to miss the favorite broadcasts.

Another very good application that allows you to see many channels from around the world. It has a special section of channels of Spain. The app is structured in many sections that categorize the themes very well. There is a section that broadcasts movies continuously. It is also ready to be used in Chromecast. The application can not be downloaded from Google Play.

It has a very good interface and totally in Spanish. It offers many live channels, supports Chromecast and other television broadcast formats such as DLNA. It is also not available on Google Play.

There are many app for audiovisual content companies, both official and channel compilations. Enjoy live television from Android and iPhone is possible. Do you dare to try them?