Along with advances in technology, simulators and video games in general also evolve. So the new improvements in graphics, commands, playability or availability for the entire range of consoles no longer sound so much novelty but improvements and increase the distance between one brand and another. But in this case, we analyzed two external elements to the big brands of consoles and that are very interested to the gamer and streamer community in general: YouTube Gaming and Twitch.

YouTube is currently the largest platform for storing and playing videos of all kinds, but the Twitch platform was diverting a large flow of YouTube visitors, since YouTube had neglected the profile of the gamer user and its growth in the last year. YouTube, in addition, saw how Amazon bought Twitch for about 970 million dollars and had to take action. YouTube Gaming was born out of this conflict, which for now will only be available for the USA.

Therefore, we have two platforms from which to streams, direct publicly shared, record them and then upload them for later viewing. Although the current generalized behavior is to broadcast the live via Twitch and then upload the video to YouTube for your visualizations. 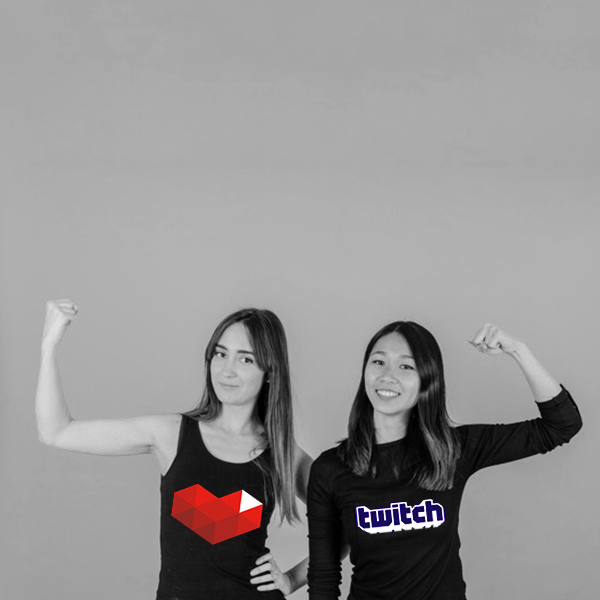 The brand: YouTube counts, before talking about anything else, with its brand, a well-known brand internationally and that does not need advertising. In addition, for some years now it has been able to broadcast in streaming and although many users use Twitch for their directing they also end up using YouTube for the dissemination of the content. It is logical that viewers and users follow the direct but not enter Twitch exclusively to watch videos “resubidos”.

Number of users: apart from the brand, YouTube has a user name far superior to that of Twitch (we speak of hundreds of millions more), a fact that determines the balance of gamers seeking visualizations and recognition.

Delay: although the broadcast is in real time, YouTube always puts a delay of about thirty seconds and sometimes up to one minute, a fact that will also depend on our signal quality.

Comments: YouTube is working to improve the flow of comments, but there are times when they accumulate. Also, whenever you want you have to put a moderator and, in addition, you can not know who has blocked who. In Twitch, however, you can see who and why it has blocked any user and the personalization of the comments as well as the choice of a moderator are much more worked. In addition, Twitch allows the execution of a 15-minute warning that allows a temporary ban, called “timeout”, another feature that YouTube does not have.

Copiright: you should be very careful with the subject of copiright, because on YouTube they are quite meticulous and can close you to the account for your breach. In addition, since not long ago there is the possibility of issuing without being a partner, while on Twitch …

Proposals: at the end of a live show you can watch the video (“resubido”), access the latest related videos and other playback options, while in Twitch there are practically no options for other reproductions or propose so much content.

Buffer: during the live YouTube you can program the time of emission and the buffer (English buffer) with up to 4 hours of charge, for those who arrive late to the broadcast or want to see some part of the retransmission.

Personalization: the personalization of comments as well as the floating chat are possibilities that YouTube has not yet managed to improve in front of Twitch. It also has an interesting feature, the nightbot, a kind of answering machine, a “robot” that acts for you while you are playing and responds for you without having to stop the game. With it you can program automatic responses for users who write you in bad time. YouTube does not have any similar function.
But we must bear in mind that this function consumes part of connection, very relevant fact if we do not have a good quality Internet connection.

Issuance: only with creating a Twitch account can we issue, and can copy copyrighted without being censored by the platform. The broadcast presents simple options, does not force you to enter any code (such as YouTube) and this translates into faster connection.

Synchronization and accounts: you can also synchronize your Twitch account with YouTube, allowing the upload of streaming recordings on both channels. In addition, for little money, Twitch has the ability to increase the quality of our account by having the “premium” with many avatars, exclusive colors and advantages such as the Turbo

Censorship: you can create a list of forbidden words, insults or masonating words, which will appear crossed out, while in YouTube this possibility does not exist, although you can mark a comment as malicious content or spam, but the lack of specificity in these reports can cause problems.

Mobile: you can see the live from your mobile, both on YouTube and Twitch, although many users complain that they can not do so, having downloaded the specific applications and having compatibility problems with both platforms.

Screen options: in you can make the small screen and see the comments, while in Twitch is more squared, giving you or comments or screen and not being as functional as YouTube.

Multi-Twitch: it allows us to add different users and follow different direct, at the same time, a function that is not available on YouTube.

Buttons: the “following” button to know all